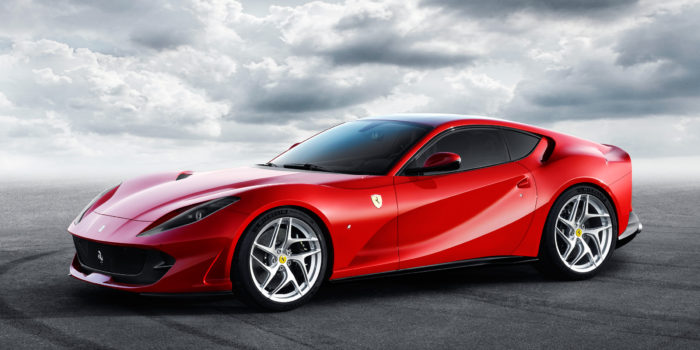 Positioned as the successor to the Ferrari F12, the new Ferrari 812 Superfast is both true to its heritage and true to its name. The Superfast is quite simply the fastest, most powerful 12-cylinder production berlinetta in the company’s history.

Power is derived from a 6.5-liter engine producing a staggering 789 horsepower and 530 pound-feet of torque. All that power is sent to the rear wheels via a seven-speed dual-clutch transmission. It will sprint from zero to 62 miles per hour in just 2.9 seconds before hitting a top speed of over 211 mph.

The Ferrari Styling Center is responsible for the design, which used the 365 GTB4 from 1969 for its inspiration. The 812 Superfast will also be available in a special Rosso Settanta color that also marks the company’s 70th anniversary.

Reports suggest that this may be the last Ferrari to pack a naturally aspirated engine, before the company starts developing powerplants with turbochargers and hybrid assists, for the sake of improved emissions. Until then, take a look at the video below to see — and hear — what this V12-powered beast is capable of.

An Essential Leather Bag for Your Next Weekend Getaway

Christopher Nolan’s Latest Films Can Be Had in 4K HDR