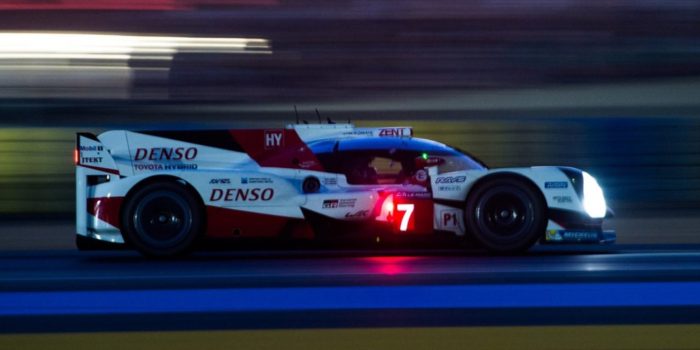 This weekend marks a huge event for racing fans — the 24 Hours of Le Mans. This storied race is the classic test of man and machine, where drivers and their cars must endure 24-hours of absolute punishment.

The track, known as the Circuit de La Sarthe, is one of the most challenging in the world. Le Mans cars navigating this grueling racing fall into two categories: prototypes that are purpose built for racing, and modified production cars known as GT cars. The fastest, most expensive, and most complex of these cars are the LMP1 Hybrid prototypes.

One of these prototypes just recorded the fastest-ever lap of the Circuit de La Sarthe. It was done by driver Kamui Kobayashi piloting a Toyota TS050 Hybrid during a qualifying session for this year’s race. Toyota has never won Le Mans, yet has finished in second place five times. Perhaps this year the tide will turn for Toyota as it attempts to overtake its main rival, Porsche.

To see this historic, record-breaking Le Mans lap, and to appreciate the speed and driving precision required to be competitive at Le Mans, take a look at the incredible record-breaking lap video below.

This Oris Pilot’s Watch is Perfect for the Globetrotter