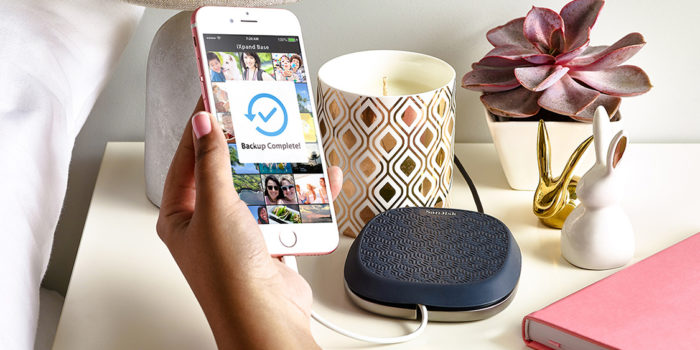 The SanDisk iXpand Base may not be the best product name from venerable storage company. But, it’s nevertheless a handy gadget that charges and backs-up your iPhone simultaneously. It will save memories every time you plug it in.

Simply plug your iPhone into the SanDisk iXpand Base to start charging your beloved smartphone. While that’s happening, it will also store photos, videos, and contacts for those who prefer local storage over iCloud.

When you’re ready to transfer everything you’ve backed-up, just grab the SD card from the iXpand Base or hook it up to a computer using a Micro USB cable. You can even access files from your phone through a new SanDisk iXpand Base iOS app.

Make the Best Campsite Coffee with this Rugged Kit

This Modern Gym is the Ultimate Retreat for Fitness Fanatics