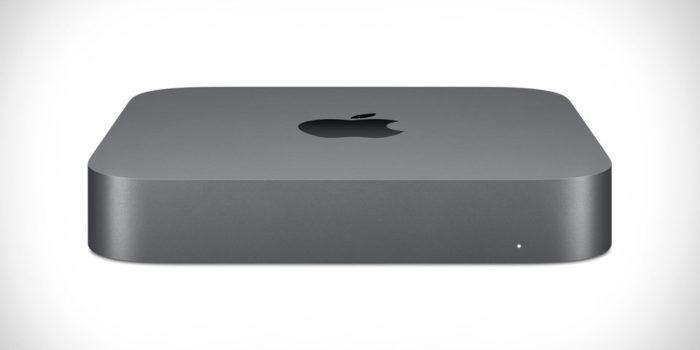 During its Oct. 30 product launch event, Apple finally announced it had delivered much-needed updates to the Mac mini, the brand’s small, stand-alone desktop computer. Mac mini hadn’t seen a real upgrade since October 2014, so to say the update was overdue is an understatement.

As always, the compact Mac Mini packs in plenty of power and tech, starting with an 8th-generation Intel Core processor with up to six cores and 4.6GHz of processing power. That processor is paired with a UHD Graphics 630 GPU. Both performance and power efficiency should be improved and Apple says it delivers up to five times faster performance than the previous generation.

A new thermal architecture was added to handle the added processing power. There’s up to 2TB worth of solid-state storage and it can be configured with up to 64GB of RAM. It can be connected to just about anything thanks to four Thunderbolt 3 ports, an HMDI 2.0, two USB-A ports, an audio jack and Gigabit Ethernet, as well as a 10Gb Ethernet option. It even sports a stylish space gray enclosure made from 100% recycled aluminum.

Starting at $799, the new Mac mini is now available to order on Apple.com and will arrive in Apple stores this week.

Nest Has a New Minimalist Thermostat for Smart Homes