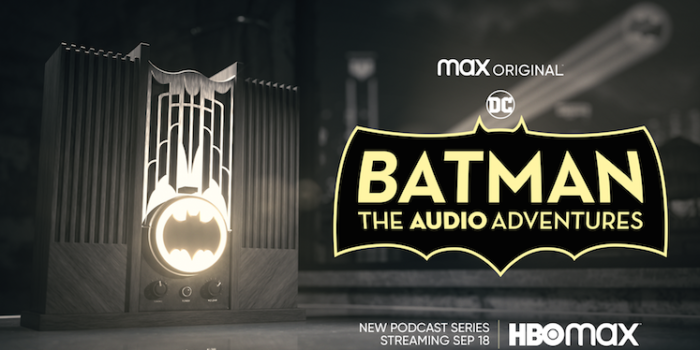 Actor Jeffrey Wright is soon stepping into the role of Batman in a new series, but it’s not quite what you think. Although the actor plays Commissioner James Gordon in the upcoming movie The Batman, Wright will play be the caped crusader in Batman: The Audio Adventures when it drops on HBO Max September 18.

Batman: The Audio Adventures is a special podcast series telling an origin story that you can listen to only on HBO Max, and not your favorite podcast app. The series is produced by Saturday Night Live writer Dennis McNicholas, who also serves as director, and features an all-star voice cast led not only by Wright as Batman, but also includes Rosario Dawson as Catwoman, and John Leguizamo as The Riddler. Other talents to expect include Chris Parnell, Melissa Villaseñor, Seth Meyers, Brent Spiner, Ike Barinholtz, Bobby Moynihan, Kenan Thompson, Jason Sudeikis, Alan Tudyk, Heidi Gardner, Brooke Shields, Paul Scheer, Tim Meadows, Fred Armisen, and Ray Wise.