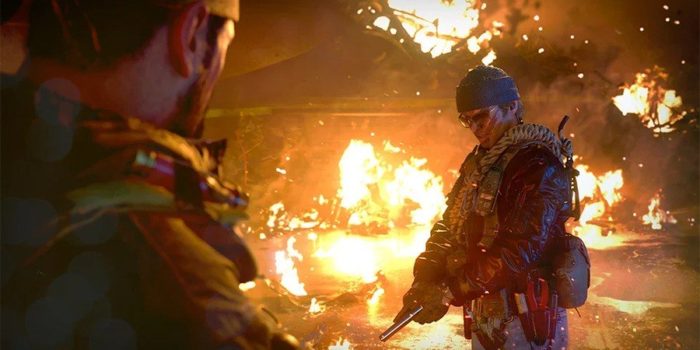 The trailer for the latest addition to the most popular game franchise has finally arrived. Set in the 1980s, Call of Duty: Black Ops Cold War has a uniquely Atomic Blonde style while allowing players to battle around the globe through iconic locales like East Berlin, Vietnam, Turkey, Soviet KGB headquarters as part of the campaign.

Returning characters from the Black Ops series include Woods, Mason, and Hudson alongside a new cast of heroes on the hunt for a spy named Perseus, who’s on a mission to destabilize the globe.

In addition to the campaign mode, Zombies will be making it’s return as well. Look for more details on September 9th, when Activision will unveil the new multiplayer mode.

You can pre-order Call of Duty: Black Ops Cold War now either physical or digitally. The game will be compatible with PC, PlayStation 4, and Xbox One, as well as have PlayStation 5 and Xbox Series X editions.

The Next Kitchen Design Trend Just Got More Affordable

Backup Photos, Videos from Anywhere with this Rugged SSD

Nest Has a New Minimalist Thermostat for Smart Homes