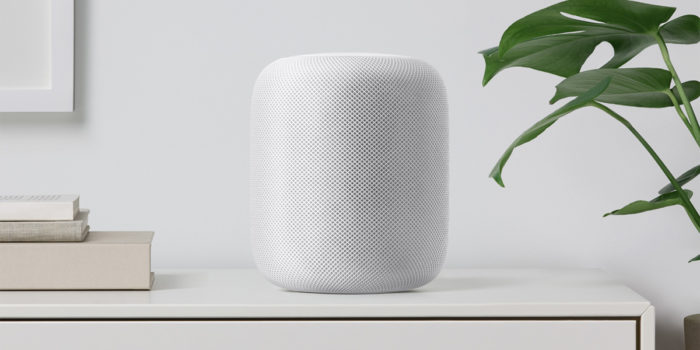 It isn’t often that Apple enters an entirely new product category, despite all the rumors pointing to the contrary. But the tech giant clearly has taken note of the popularity of smart home speakers and decided to produce it’s own.

Enter the Apple HomePod, a device aimed specifically at the likes of Amazon Echo and Google Home. Unlike these two key competitors, it’s a music-first speaker that promises better sound quality. It features seven beamforming tweeters that can produce 360 degrees of sound, along with a high‑excursion woofer for rich, deep bass. It even reads the shape and setup of a room and automatically adjusts the acoustics accordingly.

Aside from producing room-filling sound from such a small speaker, the Apple HomePod also has a a six-microphone array to enable seamless voice controls via Siri. Even when you’re playing loud music, the configuration of microphones will be able to answer every command, whether that be to change tracks or to get the latest news.

Apple’s HomePod will be available this December for $349.

Concrete Shows How Remarkable a Common Material Can Be